Spokesperson on Agriculture Food and the Marine, Committee on Public Accounts.
Tipperary
More about me 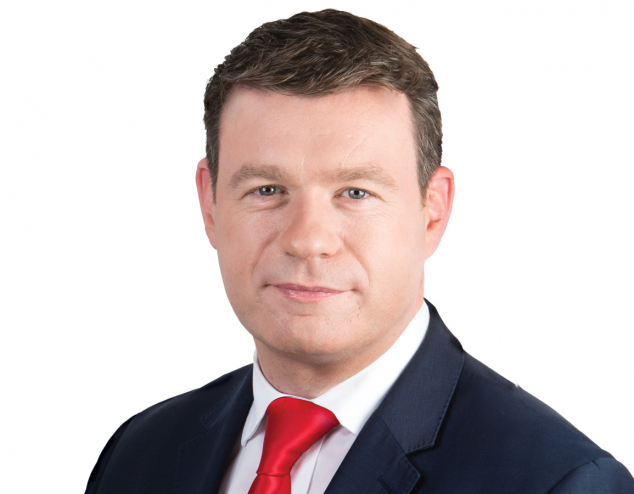 I got involved in politics because I know first-hand the transformative power of Labour in Government when Niamh Bhreathnach abolished Third-Level Fees which enabled me to attend University where I spent the summers working in the local meat factory to pay my way through college.

Labour politics in in my blood, my father and mother were active in many election campaigns over the years with former TD John Ryan and on a personal level, he was an inspiration to me and one of the main reasons I decided to enter politics. I canvassed with him from a young age and I always looked up to him.

In UCC, I founded the Jim Kemmy branch and was active in many election and by-election campaigns in the 1990’s.
I am motivated by the Labour values of Fairness, Decency and Equality. As we emerge from this unprecedented global pandemic, I want to create a new deal for a fairer Ireland by tackling the deficiencies in housing, health and care.

Coming out of the pandemic, into a post-Covid Ireland there can be no going back to normal. It’s not just about building back better; it’s about building back fairer. The Labour Party is offering people a positive alternative vision - a programme for real change based in hope and grounded in our social democratic values, a more caring and kinder politics.

Covid-19 has been a great disruptor and has shown us what Government can achieve when our people need the support of our State the most. We cannot go back to the stagnant pre-Covid policies. Too many people are just about getting by or struggling. When they say we need to build back better, what we need is to build back fairer. We need a new social contract.

I have a strong track record of delivery for Tipperary both in Government and opposition and I want to continue delivering for Tipperary going forward. Tipperary needs a strong voice who won’t accept the tired arguments from this Government that freezing rent isn’t possible; that a single tier health service isn’t possible; or that creating a sustainable tax base that isn’t reliant on foreign direct investment isn’t possible. All that is required is an ambitious vision and the political will to deliver what Irish people deserve.

I want Tipperary to be a location with good jobs for the local economy and I have worked with companies such as Fiserv (formerly First Data) and LMC Group to get them to locate in the county.

I want to see both Nenagh General Hospital and South Tipperary General Hospital funded and used to their potential, investment continued in education and a significant increase in the provision of affordable housing. Coming from a rural village, I feel passionately about local communities.

I want to ensure communities across Tipperary thrive. To achieve this, I will continue to work with local clubs and organisations, businesses and continue to advocate for essential services such as broadband. I want Tipperary to be a home for all for future generations but to do so, we need decent public services and that is Labour want a new deal for a fairer Ireland.

I was born in the small village of Portroe, by Lough Derg in County Tipperary, where my live to this day. My parents are Tom and Nan Kelly, my father worked in the Ferenka factor in Limerick and when it closed, he became a road worker for the county council and my mother is active in every community organisation in the parish.

I am Married to Regina O’Connor from Waterville, Co. Kerry and we have two wonderful children, Aoibhe and Senan.

I attended Nenagh CBS, before going on at 16 years of age to study English and History in UCC, including a masters in politics. He spent the summers working in a local meat factory to see his way through college. He gained an MBS in eCommerce in UCD and went on to become eBusiness manager in Failte Ireland.

I was elected to Seanad Eireann on the Agriculture Panel in July 2007 and from there I was then elected as an MEP for Munster in June 2009 becoming the first Labour MEP for the constituency since Eileen Desmond.

Two years later in February 2011 I was elected to the 31st Dail representing North Tipperary and subsequently appointed Minister of State for Public & Commuter Transport - at the Department of Transport, Tourism & Sport. In 2014 I was elected Deputy Leader of the Labour Party and shortly afterwards appointed Minister for the Environment, Community & Local Government.