Finance, Public Expenditure and Reform
Louth
More about me 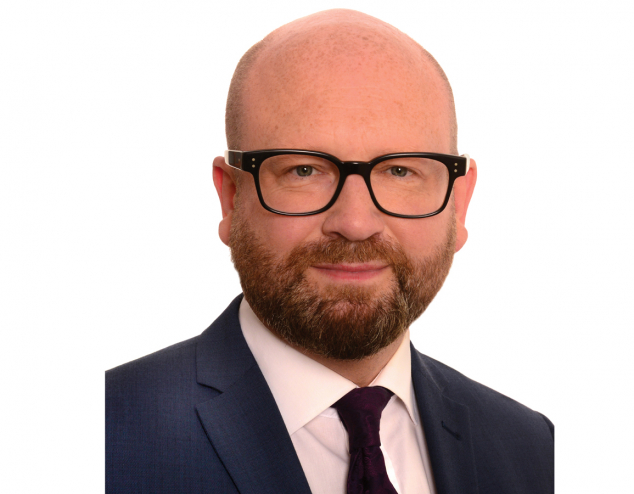 As a young person, I developed a deep interest in how the world works, and how (and why) decisions that have an enormous impact on our lives are made.

The values of trade unionism, of solidarity and looking out for each other are deeply ingrained in my family and in my community.

And it was always the Labour Party that represented us and the things we believed in.

The experiences of our childhood and teenage years form us. They make us who we are.

The 1980s and early 1990s was a period defined by mass unemployment, emigration, sectarian violence and corruption.

This was everything the Labour Party stood against and wanted to change.

As a young person, I was really inspired by reforming figures like Dick Spring and Mary Robinson, real leaders who changed the status quo and stood for a different, more transparent and equal Ireland.

As a kid, I saw the damage done to those who were denied the dignity of a decent job and the scarring affect it had on my community and the country. It is no exaggeration to say that I wanted to change that.

For me Labour at its clearest is about work, a decent society and addressing economic and social equality in all its forms.

I decided to join Labour at a young age and run as an election candidate to give my generation and my community a voice at the table where decisions are being made about our lives.

Ever since my first election back in 1999, I have always done my best, every day, to represent the enduring values of our party and what we stand for when we are at our best.

The Louth & East Meath constituency is one of the fastest growing areas of the country.

With our team of four Councillors I am continuously working to help my home area meet its full potential and attract the kind of jobs investment, infrastructure development and status from central government an area of its significance and scale warrants.

HEALTH - I am campaigning for further investment in the Lourdes Hospital to address long waiting lists and for better dental services for all.

EDUCATION - I am fighting for a permanent building for the Drogheda Educate Together School in East Meath and more school places, and for Technological University status for Dundalk Institute of Technology.

LOCAL SERVICES/STATUS - I am committed to restoring Drogheda Borough Council and Dundalk Town Council and securing city status for Drogheda.

TRANSPORT - With a track record of delivery on local transport services I am fighting to secure a new flexible TaxSaver ticket for commuters for hybrid-workers and the extension of the Leap card to the area.

HOUSING - I am working hard to persuade government to fund the Drogheda Northern Port Access Route to allow 4,000 new homes to be built on zoned land. This will also allow the historic centre of Drogheda to regenerate.

At national level and as Labour’s Spokesperson on Finance, Public Expenditure & Reform I am making for a fairer economy, a living wage and more investment in the public services on which we all rely instead of cuts to taxes.

I have introduced legislation in the Dail to measure quality of life (and not just economic progress); a Bill to make public life more transparent and legislation that would see the cost of financial products such as pensions, insurance and utility bills made more clear and competitive.

Married to Marion, I was born and reared in Drogheda, Ireland’s largest town. I went to school at St. Joseph’s CBS and studied politics and history in UCD.

The son of a confectioner and a former factory worker, I am an avid follower of Drogheda United and played football with Drogheda Boys FC and Gaelic football with Newtown Blues GFC. I also enjoy reading, music & theatre and am a proud member of SIPTU.

Elected to the then Drogheda Corporation in 1999 I was co-opted on to Louth CoCo in 2002. In 2004 I was honoured to have been elected Mayor of Drogheda.

Before working full time in politics, I worked in a range of sectors including the arts, local journalism & PR, and the trade union movement & European Parliament. I also ran a small partnership advising businesses and NGOs.

Elected to the Dail in 2011 representing Louth & East Meath, I was appointed Minister for Business and Employment in July 2014 wherein I focused on the development of indigenous Irish SMEs and decent work.

From mid- 2014 to early 2016 I introduced the most radical package of pro-worker reforms in decades, including:

While a Senator, I was responsible for the State apology for the way in which LGBTQ+ citizens were treated for much of our history.

Re-elected to the Dáil in 2020, I was appointed as the Labour Party spokesperson for Finance, Public Expenditure & Reform.

Wealth inequality is the hidden pandemic of our time