Donegal
More about me 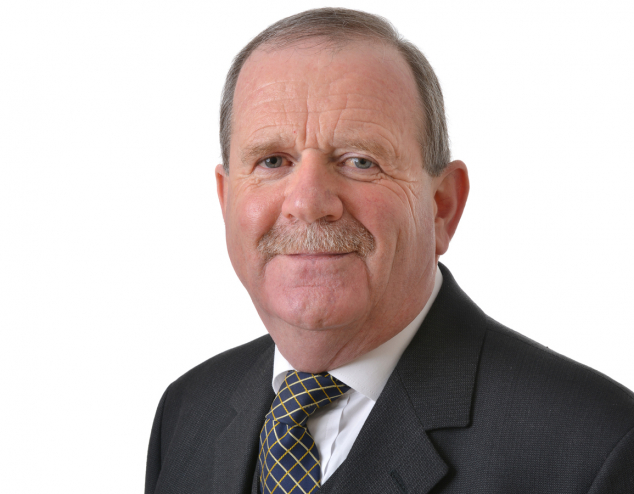 I have always been interested in politics and was already involved in several local community and sports based activities.

I wanted to make a difference to the community I live in so, when I was approached by the Labour Party to run as their candidate for the Inishowen Municipal District in the Council elections, I was honoured to do so.

One issue is overwhelming all others in Donegal at the moment; the plight of over 8,000 people whose homes are falling down around them because of concrete and blocks contaminated with Mica.

The problem is very prevalent here in Inishowen. There are, at least, 7,000 private homes affected and the County Council has about another 1,000 council houses similarly affected. There are currently 800 other families on the Council housing list in Inishowen.

All of these Mica-affected families will require temporary accommodation whilst remedial action is taken to restore their houses to safe family homes.
My home town of Moville is rated as being among the highest polluting towns in Ireland, pumping all its waste water into scenic Lough Foyle.

A waste water treatment plant has long been promised and pressure has to be maintained on Irish Water and central government to take immediate remedial action.

Greencastle Harbour is the largest Whitefish harbour in Ireland under Local Authority control. The County Council has received an offer of €9 million, as a 75% contribution, towards the completion of an unfinished breakwater project.

This project must be brought to completion as quickly as possible and further funds must be accessed to bring the complete harbour project to fruition, if our area is to continue as a thriving fishing harbour available to accommodate the fishing industry and able to accommodate opportunities arising from marine tourism and offshore energy developments..

My family has been involved in the fishing and fish marketing business for many generations and some of my nephews continue in the business.

I met my late wife, Eileen, when she came from Roscommon to teach in the Community College, in Carndonagh. We had 3 children, a daughter married and living locally, a son married and living in Dublin and another son currently working in America.

One of my most important political achievements was to work with Labour Minister, Jan O'Sullivan, to secure, and ring fence, funding to complete Moville Community College. The final phase of the building is now at the contract stage.

In a personal capacity, I have been a member of the board of Moville Celtic, Moville Tidy Towns committee, Moville Community Resource Centre and the local St Vincent de Paul committee.

In a political capacity, I have served on the Donegal Educational & Training Board, the County Council Fisheries committee and the North West Regional Cross-Border committee.