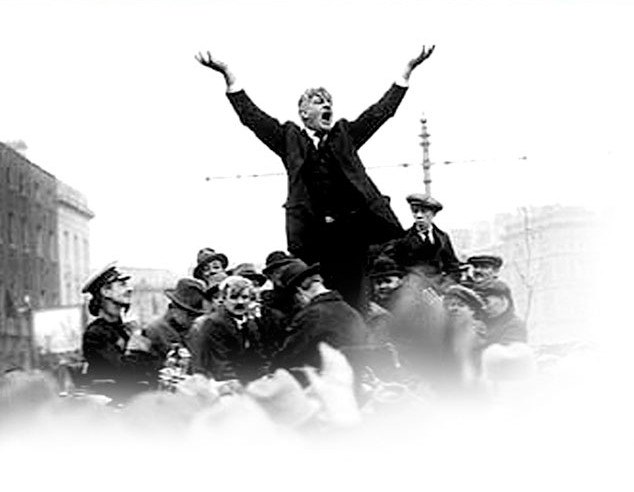 As the second decade of the 20th century dawned Ireland was braced for profound political change. Parliamentary reform in Westminster removed the House of Lords veto on Home Rule for Ireland. Constitutional nationalist forces prepared for the new dispensation, while in the North East of the country those pledged to the union between Britain and Ireland mobilised to prevent, or at least restrict, the impending Home Rule legislation.

This is the traditional narrative of an island divided over nationality, identity and loyalty. Following the events of 1916, the War of Independence and the Civil War this view of 20th century Irish history would become established.

Yet, at the beginning of the second decade of the 20th century there was another theme that inspired Irish political activism – the struggle of workers and their families, urban and rural, to secure decent jobs, fair wages and the hope of a better future for their children. It was a struggle that was galvanising workers across Europe and beyond to form political parties and challenge the imperialist and capitalist forces of the establishment.

That such a political force was needed in Ireland was not in doubt. The 1911 census reveals a country of stark opposites – grinding poverty sitting cheek by jowl with ostentatious wealth. For instance, Dublin had the worst housing conditions of any city in Britain or Ireland – in one house alone, 7 Henrietta Street, 104 people lived among squalor and disease. In rural and urban Ireland the census reveals workhouses were crammed with the poorest of the poor, while emigration continued apace.

It was against this background that workers organised to fight for improved conditions, with the Irish Trade Union Congress founded in 1894 and the Irish Transport and General Workers Union founded in 1909. As the prospect of Home Rule loomed, trade unionists, gathered at their annual conference in Clonmel in May 1912, passed a motion to establish a political wing to contest elections and provide labour representation on local councils and any new Home Rule parliament.

The motion, proposed by James Connolly and supported by James Larkin and William O’Brien, was passed 49 votes to 18, and so was born the Labour Party.

The years immediately after the Party’s foundation were overshadowed as the trade union movement became engaged in the Dublin Lockout of 1913, which saw organised labour in the city locked out of their employment in August 1913 by industry moguls intent on breaking the power of collective bargaining. The Irish Citizens Army was formed during the Lockout to protect workers from the police, who attacked their demonstrations.

On the political front, the prospect of Home Rule being granted was delayed with the outbreak of the First World War. At the urging of John Redmond, then leader of dominant Irish Party, thousands of Irishmen volunteered to serve, with many believing a speedy end to the conflict would hasten the passage of Home Rule, while others joined up to escape poverty and provide an income for their families. Thousands of unionists also joined up to serve King and country.

As the brutal conflict on the western front ground on, radical nationalists in Ireland planned an armed rebellion, with the aim of establishing an independent republic. James Connolly, frustrated at the pace of political reform and believing that Irish independence was critical to the advancement of the Irish working class, joined the small group of rebels, along with many members of the Irish Citizen’s Army. The Easter Rebellion lasted less than a week, Connolly, who sustained serious wounds during the fighting, was arrested and sentenced to death. He was executed, tied to a chair because of his wounds, in the stonebreaker’s yard in Kilmainham Jail on 12th May, 1916.

The death of Connolly robbed the labour movement of its most prominent thinker and organiser. Larkin, who had founded the Labour Party with Connolly, had already departed for the US following the Lockout. Committed members like Tom Johnson and William O’Brien continued to build the Party. However, following the execution of Connolly and 15 other leaders of the Easter Rising the political mood in Ireland was changing rapidly. In the 26 counties especially a growing nationalist fervour overshadowed those arguing for social and economic reform.

A general election to the Westminster Parliament was held in December 1918. The end of the First World War heralded an international peace conference, where the fate of small nations in particular would be on the agenda. The argument that nationalists and socialists in Ireland should speak with one voice on the issue of independence was compelling and in advance of the election Labour decided not to contest. Sinn Féin, which won more than 70 seats at the election refused to attend Westminster and in January 1919 established Dáil Éireann at a meeting in the Mansion House in Dublin.

However, Labour’s concern with social and economic progress found a voice in the new parliament, at its first meeting the Dáil adopted the Democratic Programme, a radical vision of an equal and just society which was largely drafted by Labour’s Tom Johnson. The ideals and ambitions in that remarkable document still inspire many Labour members today.