Our History: Shaping the Modern Ireland 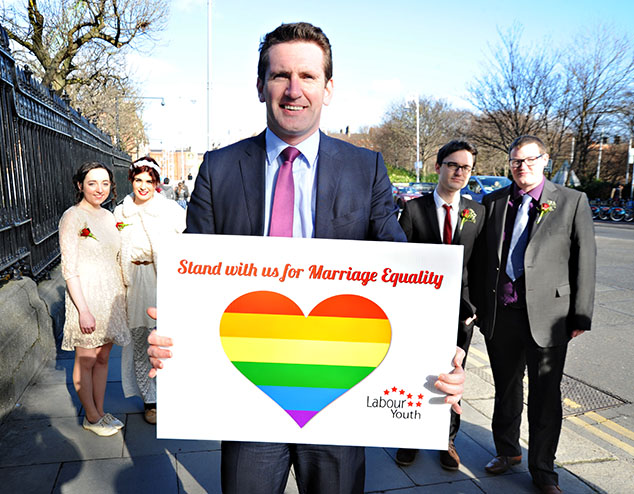 Spring, Labour’s most successful leader to date, resigned from the leadership that autumn and was succeeded by Ruairí Quinn, with Brendan Howlin as his Deputy Leader.

The new Fianna Fáil coalition was immediately thrown into turmoil with the resignation of a senior minister and serious allegations of corruption being made. Quinn led Labour’s defence of high standards and integrity in public life as the scale of wrongdoing by politicians of other parties became apparent. Quinn also led negotiations with Democratic Left which resulted in the merger of the two parties in 1999, the formal merger saw Labour return to the principles contained in the Democratic Programme and recast that seminal document for the 21st century.

Under Rabbitte, Labour shone a torch on the mistakes of the Fianna Fáil government. Reform of the Gardaí was championed, Labour’s commitment to radical healthcare reform was advanced and reforming legislation on whistleblowers and lobbyists was proposed, a theme that built on Labour’s record of achievement in ethics in public office and freedom of information legislation. In advance of the election in 2007 Labour formed a pact with Fine Gael, but again Fianna Fáil returned to power.

Following the election, Pat Rabbitte resigned and Eamon Gilmore, TD was unanimously elected Party leader and Joan Burton, TD elected Deputy Leader. Within months the folly of Fianna Fáil’s economic policies over the previous 10 years became clear. Labour was the only Party in the Dáil to oppose the government’s bank bailout and Gilmore and Burton pursued the coalition and put forward equitable, ambitious alternatives to a failed economic policy. Gilmore, like Spring before him, became widely recognised as the real leader of the opposition.

Local and European elections in 2009 demonstrated that the public wanted real change and in the February 2011 election Labour won 37 seats, its highest seat tally ever. With the country facing unprecedented economic challenges the membership overwhelming support the Party entering a National Government with Fine Gael following the election. Eamon Gilmore became Tánaiste and Minister for Foreign Affairs and Trade in the new Government that saw Labour secure four other vital cabinet posts.

The new Government has begun to restore Ireland’s reputation, get our people back to work and deliver a better deal from the EU/IMF/ECB troika.

Just months after the formation of the new government the Labour Party nominated Michael D Higgins to contest the Presidential election. In a remarkable campaign, driven by Michael D’s belief in citizenship, creativity, international solidarity and human rights, he was elected President in October 2011, securing more than 1 million votes during the count. He will be a President who will make us all proud.