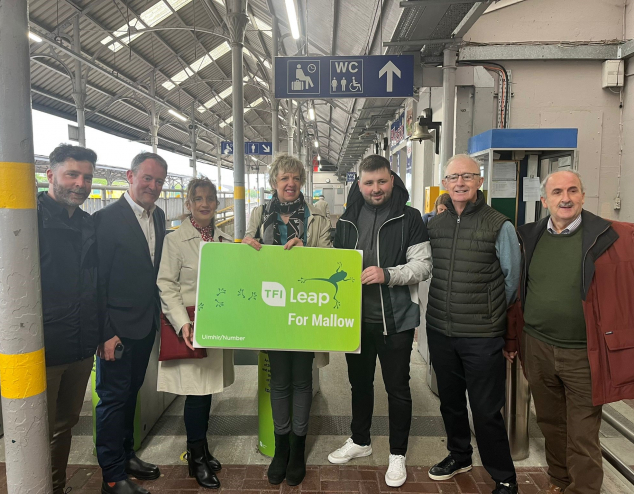 For many years I have been focused on delivering Leap Card fares for the Mallow to Cork Rail Line.

It has never made sense that Mallow has been excluded from commuter fares and Leap Card services.

I believe strongly that people in Mallow and surrounding areas should have the same fare structures as people living in the Dublin Metropolitan area.

That is why I have led the campaign for the introduction of commuter fares for Mallow station.

It was confirmed in writing to me by the National Transport Authority and in person at the Public Accounts Committee.

The change in fares was also confirmed to me by the Chief Executive of Irish Rail.

The pressure exerted by the people of Mallow have resulted in this change in policy.

A timeline of the campaign to introduce Mallow Leap: