For the last 60 years, most governments worldwide have chosen to view drug use as a criminal matter. In Ireland, you can be jailed for up to seven years for possession of an illicit drug for personal use.
Sign our petition 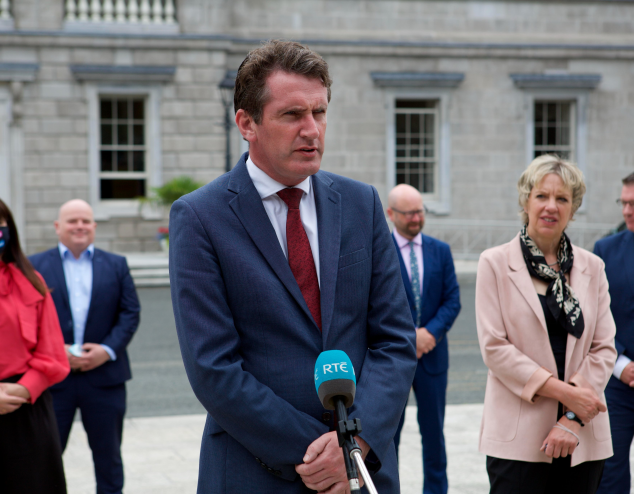 For the last 60 years, most governments worldwide have chosen to view drug use as a criminal matter. In Ireland, you can be jailed for up to seven years for possession of an illicit drug for personal use. This “war on drugs” began in 1961. The UN held a convention on narcotic drugs that described drug addiction as a serious evil for the individual and a threat to society. Prohibition was the strategy of the 154 countries, including Ireland, that signed the convention adoption. Most countries developed systems that heavily penalised both suppliers and purchasers of illicit drugs.

There is ample evidence that giving someone a criminal record for possession of drugs for personal use is not an effective way to get them to stop. In fact, the criminal record itself, which can result in barriers to employment, travel, and relationships, can end up doing more harm to the individual than their drug use. Yet we regularly see ordinary people prosecuted in the District Court for amounts as small as €2 worth of drugs for personal use. Is the punishment proportionate to the crime?

Prosecuting ordinary people for possessing small amounts of illicit drugs is an extremely expensive approach that ties up Garda and court time without achieving the desired outcome. A one year prison sentence, meanwhile, costs the State around €80,000 according to the Irish Penal Reform Trust. Our National Drugs Strategy spends two-thirds of its budget tackling supply compared to one-third on reducing demand. Despite the enormous resources we put into prosecuting personal drug use, the number of young adults using illicit drugs is on the rise.

The war on drugs has failed. Prohibition has failed. But there are other approaches that work. In 2000, Portugal decriminalised drugs, and since then the country has addressed drug use through the lens of their public health system rather than their criminal justice system. They did this because they were in crisis. Addiction was rampant, overdoses were common, and incidences of HIV/AIDS were spiking. They had to acknowledge that their system wasn’t working, and do something radical.

Decriminalisation is not the same thing as legalisation, which would see the government regulate a legal market as it does with alcohol and nicotine. Drugs remain illegal and drug dealers are still prosecuted, but for individual users, the goal is to help them rather than punishing them. Instead of going to court, people found with less than a 10-day supply are brought before a panel that includes social workers, health workers and judges. If they are addicted to the drug in question, they are offered help. The Portuguese government invested heavily in both rehabilitation and prevention. Today, Portugal has among the lowest rates of drug-related death in Europe, while Ireland has among the highest. Our policy of prohibition is failing.

Drug use levels have remained roughly the same in Portugal since they decriminalised, but many of the harms related to drug use including overdose deaths, the spread of HIV/AIDS and incidences of drug-related crime have reduced significantly. In Ireland, roughly one person a day dies of a drug-related poisoning, with one-third of those from alcohol and the remainder from illicit drugs. Each of these preventable deaths leaves a family bereft.

Portugal is not the only country trying an alternative, more compassionate approach. In Switzerland, a three-stage process is used to support heroin addicts. Before treatment, individual users are committing up to 80 crimes per month to feed their habits. After treatment, one-third are free of drugs, one third are living legally but using methadone, and one-third are not yet recovered. This results in lives saved, safer communities, and huge savings for the government.

Stigma around drug use from those who do not see addiction as a health issue is a barrier to those who might otherwise seek help. Courts and criminal prosecutions do not deter addicts, but rehabilitation can help them to make better choices. Decriminalisation removes the fear of prosecution and the barriers a criminal record creates. It helps people live within society instead of taking them out of it.

Why, you might ask, are so few countries taking this approach if it works so well? The answer lies in politics. It is seen as unpopular to appear ‘soft on drugs’, so politicians opt to continue with failing policies around incarceration rather than taking a bold, new approach that can save lives and bring people back into the community. It is time to do what is right rather than what is easy.

The Labour Party is spearheading a campaign to decriminalise personal drug use, invest in rehabilitation, and refocus Garda efforts on fighting drug dealers and gangland crime rather than individuals who have a problem.

We will be using our Private Members’ time next week on Wednesday 30th November to debate these very issues. You can read the text of our motion here.