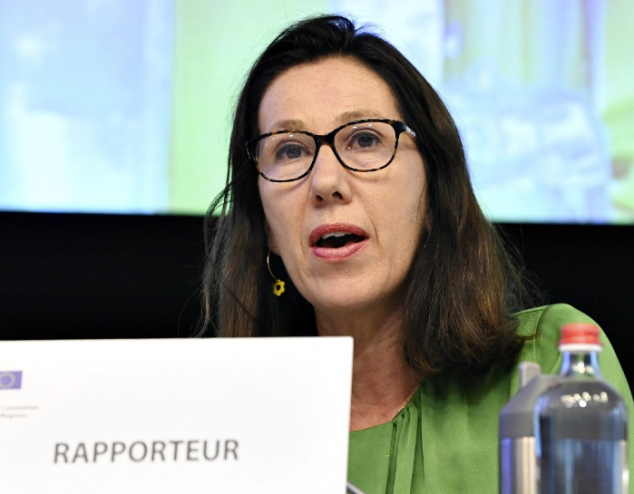 Others in northern Europe, not to mention further afield, also experienced severe flooding arising from unusually heavy and prolonged rains. No-one can deny the growing impact of our climate crisis – devastated crops resulting in disruption to food supplies and compromised livelihoods leading in many cases to growing poverty and injustice.

This year’s UNFCCC Conference of the Parties, COP27 will take place in Sharm el-Sheikh in Egypt in mid November. With goals pertinent to a scaled up climate mitigation work programme, progress on the Global Goal on Adaptation, climate financing, particularly to combat loss and damage in the global south and island nations, and general global collaboration, the vision is to significantly move from climate talk to implementing climate actions. This vision is reflected in the COP27 strap-line hashtag #TogetherForImplementation.

I will be attending COP27 as part of the 8 person EU Committee of the Regions (CoR) delegation. Our particular role will be to promote the key role of cities and regions in climate mitigation and adaptation and persuade those around the negotiation table to include in their outcome document a commitment to actively involving subnational governance bodies in the development of multilevel governance and cooperative actions both in the design and implementation of climate policies as well as a commitment that future COP Presidencies would facilitate the organisation of an annual subnational climate forum for dialogue between Parties and local and regional authorities.

CoR Opinion Towards the structural inclusion of cities and regions in UNFCCC COP27: Starting back in February, this roles arises from an Opinion (policy position) I led through the CoR Commission for Environment, Climate Change and Energy (ENVE) and onto adoption at the CoR plenary in Brussels earlier this month. Supported by climate expert Giorgia Rambelli of the Global Covenant of Mayors for Climate & Energy and consultations with key climate stakeholders, I argued the need to include the voices of cities and regions in COP27 and beyond. The argument builds on the recognition of the importance of engagement with all levels of government contained in the 2015 Paris Agreement and ‘the urgent need for multilevel and cooperative action’ detailed in the 2021 Glasgow Climate Pact.

The Opinion highlights the key role local authorities in cities and regions play in implementing 70% of climate mitigation measures and 90% of climate adaptation measures – think increasing active travel infrastructure, increasing the number of and biodiversity in parks and green spaces, retrofitting our social housing stock, installing flood defences, expanding segregated waste litter bins on our streets and promoting a circular economy to name but a few! Acknowledging differing local contexts, it argues the need for Regionally and Locally Determined Contributions (climate action plans) to compliment National Determined Contributions to support the realisation and monitoring of climate targets.

Highlighting the invaluable connection between local authorities and their communities which allows them to engage with all ages, abilities and genders in a direct and relevant way the Opinion also argues for a socially and economically just transition to climate neutrality that leaves no-one behind – investment in up-skilling and re-skilling as well as investment in research and technology at local level. This is particularly pertinent given the current energy crisis and rising living costs and the imperative to prevent energy poverty and suffering. It specifically recognises the need to advance gender-responsive climate policy and calls for women’s equal representation in decision-making processes.

European Parliament Support: While the Opinion acknowledges the EU Missions on Adaptation and on Climate-Neutral and Smart Cities, as well as the launch of the global Mission Innovation on Urban Transitions and other city/regional networks and support it stresses the importance of making direct funding available for local and regional authorities to deliver climate action. Given our weak and much underfunded local government structures, if realised, this would be most welcome around our Council chambers!

The central arguments of the Opinion were taken on board and recognised by the European Parliament in their COP27 Resolution which was recently passed – a very welcome move given that the EP delegation will have a seat at the COP27 negotiating table when it comes to agreeing the final outcome document.

Here’s hoping that COP27 delivers for the future of our local communities and for the voices of those that represent and support them!