Our History: Government - Triumph and Trials 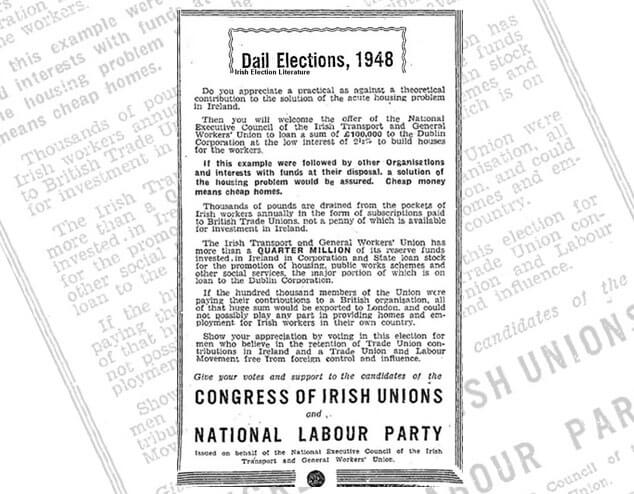 Despite these tensions both Labour Parties served in the coalition government formed after the 1948 election. The government continued until 1951, a time when the split in the movement was healed. Labour’s contribution during its first period in government was impressive, it had a large influence on government policy and proved to be a stable coalition partner. The Party’s success in providing public housing during this time is one of its outstanding achievements. In 1947 just 744 social houses had been constructed, while in 1951 alone 7,000 local authority houses were completed.

Labour would again participate in a coalition government between 1954 and 1957, however the dire economic problems facing the country then restricted that government’s ability to implement Labour’s agenda. That government did start the process of liberalisation of the Irish economy and established the Industrial Development Authority (IDA) and amended the tax regime to promote exports and foster investment. After the 1957 election Fianna Fáil returned to power. The following years saw Norton replaced by Brendan Corish of Wexford as Labour leader and the Party pursued an independent line throughout the 1960s, focusing on policy and organisational development.