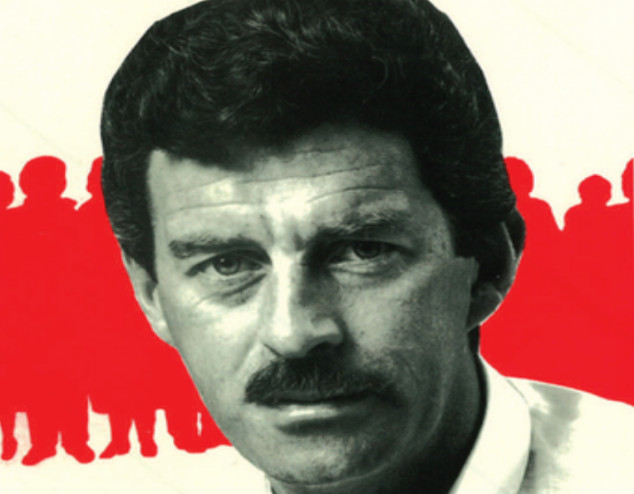 However, the 1981 election failed to deliver a breakthrough for the Party and members were shocked when Frank Cluskey lost his seat, to be replaced by Michael O’Leary. Irish politics now witnessed a period of unprecedented instability with three general elections in less than 18 months. O’Leary resigned from the leadership after a conference defeat on the issue of coalition in October 1982 and he was replaced by 32 year old Dick Spring, who was first elected to the Dáil in June 1981.

Spring led Labour into a coalition with Fine Gael following the 1982 election and again Labour was confronted with an economic catastrophe largely created by Fianna Fáil’s near exclusive grip on power since 1977. While battling these economic problems, Labour also managed to pursue its reform agenda appointing Ireland’s first Ombudsman, reforming family planning legislation – in the face of bitter opposition – child welfare legislation was enacted and a National Development Corporation, to stimulate the economy, was established. Labour continued its drive to liberalise Irish society, but the divorce referendum it had long fought for was defeated in 1986. Significantly, Tánaiste Dick Spring played a key role in the negotiations that resulted in the Anglo-Irish Agreement, signed between London and Dublin in 1985. It was the first in a long series of initiatives that would finally bring an end to senseless violence in Northern Ireland.

Labour returned to opposition after the 1987 election. Debates in the Party regarding the merits of coalition were a constant source of division during the 1980s but the following years would see Spring heal those rifts as an increasingly well organised and coherent Party put itself before the people.

In 1990 the Party nominated Mary Robinson to contest the Presidency of Ireland. In a remarkable campaign Robinson was elected Ireland’s first female President that November. It was a stunning achievement by Labour and the other progressive elements in Irish society who supported her candidacy. The following year saw Labour achieve success in the local elections and Spring was widely recognised as the leader of the opposition as he challenged the economic and social policies of Fianna Fáil, firstly under Charles Haughey and then Albert Reynolds.

Spring’s leadership and the Party’s modernisation bore benefits in the 1992 election which saw the Party win 33 seats, its best electoral performance.

After protracted negotiations, and having secured significant influence on the programme for government Labour entered a partnership government with Fianna Fáil, the only stable coalition option available. The following years would witness one of the Party’s most successful period in government. Divorce was introduced following a successful referendum campaign, ethics in public office legislation and electoral reform was enacted, and freedom of information law was passed. Dick Spring, as Tánaiste and Minister for Foreign Affairs, was central to negotiations to which resulted in the Downing Street Declaration in December 1993 and led to the IRA and loyalist ceasefires in 1994.

Fianna Fáil’s inability to live up to the principles of trust necessary for a partnership government led to the collapse of the coalition in November 1994 and the formation of the Rainbow government, with Fine Gael and Democratic Left joining Labour in government.

The change in government saw Ruairí Quinn, TD, become finance minister, the first time Labour held the post, and Labour’s dominant input into fiscal and economic policy in the coming years would herald a transformation in the Irish economy. Employment expanded rapidly, investment increased and Quinn delivered the first surplus in the 1997 budget. Quinn introduced Ireland’s 12.5% corporation tax regime, a catalyst for foreign direct investment and indigenous economic growth and also concluded the Stability and Growth Pact at European level which proposed a framework for sustained economic development.

Social reform, building peace and economic transformation were the hallmarks of Labour’s period in government from 1993-1997. However, this record of achievement didn’t secure a second term the Party and Labour returned to the opposition benches in 1997.