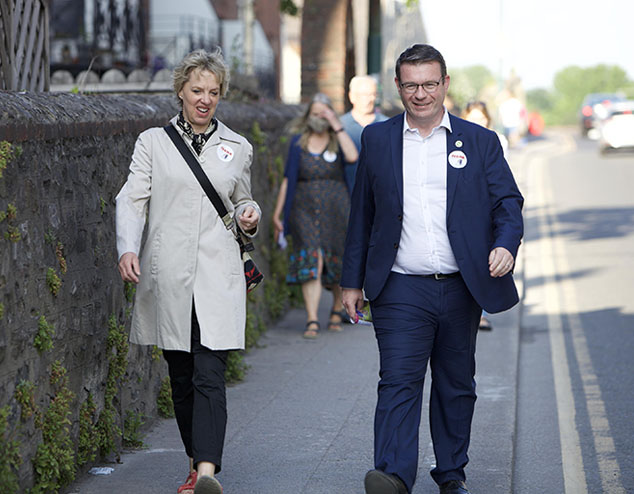 From 2011-2016, Labour in government prioritised the rights and needs of workers.  The biggest priority was to get people back to work and from 2011-2016 135,000 new jobs were created.  One of the first things we did was reverse the Fianna Fail cuts to the minimum wage, and increased the minimum wage not once but twice.  Labour ensured that collective bargaining legislation was introduced for the first time ever and we established two weeks paternity leave for all new Dads.

In 2013, the Labour Party delivered on its commitment to legislate for the X Case after 21 years of inaction from other political parties.

After a difficult Local and European elections in 2014 Eamon Gilmore stood down as leader.  Joan Burton was elected as the first woman leader of the Labour Party.

From 2011-2016, huge progress was made in the area of LGBT rights under Labour in government.  The rights of trans-people were recognised for the first time with the Gender Recognition Bill.  In addition, a long standing Labour commitment to hold a referendum on marriage equality was held with 62% of Irish people voting YES.  A proud day for Ireland.

The General Election of 2016 was a bruising one for the Labour Party.  We received 6.6% of the votes and suffered significant losses and just seven TDs were re-elected to the Dáil.

Joan Burton stood down as leader in May 2016 once a government was formed and Brendan Howlin became the 12th Leader of the Labour Party.  Now in opposition, the Labour Party focussed its efforts on rebuilding the Party across Ireland and campaigning on its key values such as workers’ rights, social housing, investment in childcare and a fairer society for all.

Following the General Election in February 2020, the Labour Party returned six TDs to the Dáil and Brendan Howlin stood down as Leader.  In April 2020, Alan Kelly was elected as the 13th Leader of the Labour Party following a leadership contest.