Party Structures: How the Party Works 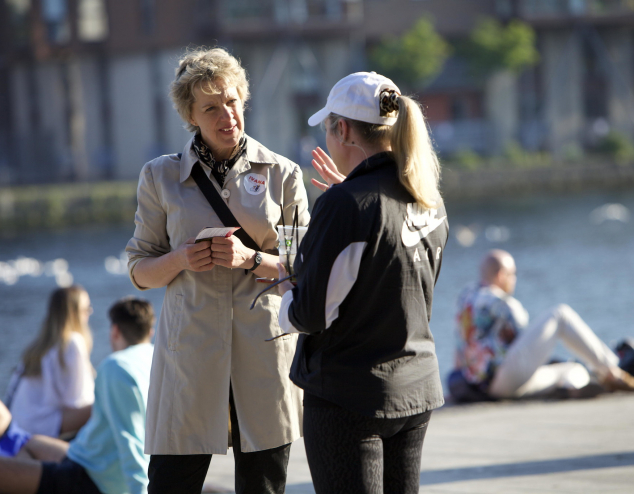 The Leader of the Labour Party is directly elected by the members of the Labour Party.  Elections occur six months after a general election, if the Party decides not to go into government.  Candidates for the position of Party Leader must be TDs.  The Party Leader has a high-profile role in advocating Labour’s values and policies in the Dáil and in the media and also has a hands-on role in the development of the Party.

The current leader of the Labour Party is Ivana Bacik TD.  Ivana represents the constituency of Dublin Bay South and was elected Party Leader in March 2022.  Ivana lives in Portobello, Dublin with her husband Alan Saul and two daughters.

The Party Chairperson is elected by the membership at conference and chairs the Executive Board.  Lisa Connell is the current Party Chair.

The Party Leader, two representatives from the Parliamentary Labour Party, the Chairs of all Party Sections and a representative from the Association of Labour Councillors also sits on the Executive Board.

The Central Council is the key representative body of the Party which ensures that the views of members feed into the development of all aspects of the Party’s agenda and structure.

The Central Council is comprised of:-

When you join the Labour Party you will be assigned to a branch and a constituency based on where you live.

Labour Party branches are a vital unit our Party.  They are the units of the Party which connect members locally to come together for meetings, for campaigns and to select candidates for local elections.

Branches form party of constituencies and constituency council brings members together to get involved in national or local campaigns, for political debate and discussion and to select candidates for national elections.

Generally, constituencies meet once a month.  This meeting offers members a chance to come together, to meet like minded people, to debate the political issues of the day and also provide an opportunity for members to get to know each other better and make new friendships.