Last weekend Labour Party members and friends got together to celebrate the life of Jim Kemmy on the 25th Anniversary of his death. 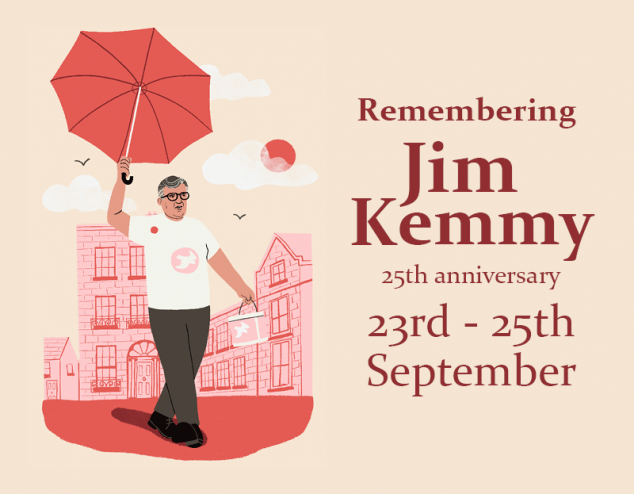 Last weekend Labour Party members and friends got together to celebrate the life of Jim Kemmy on the 25th Anniversary of his death.  Jim Kemmy was born in O’Curry Street Limerick and began his working life as a stonemason. He joined the Labour Party in 1963 but resigned a decade later due to political difference with local Labour T.D Stephen Coughlan.

He founded the Democratic Socialist Party in 1982 and was returned to the Dáíl in 1987. Kemmy was acutely aware of the limited impact made on Dáil politics by small parties and committed himself to unifying the left. He attained this goal in 1990, when the DSP merged with the Labour Party. He was elected Mayor of Limerick in 1991 and again in 1995.

Remembering Jim was a wonderful weekend of events organised to reflect the many sides of his life. The weekend included a special commemorative art exhibition at the Limerick City Gallery on Friday September 23rd, a celebration of Jim’s legacy with speakers including Professor Gearóid O Tuathaigh at Pery’s Hotel, Glentworth Street on September 24th and a walking tour of the places Jim frequented on Sunday September 25th finishing at one of Jim’s favourite pubs, Tom Collins.

Jim was a huge inspiration to all of us in the Limerick Labour Party and beyond and in many ways continues to serve as our guiding light. He led the way in the 1980’s in fighting for a fairer, more inclusive Ireland.  He also loved his native city and its people and left a legacy of extensive writing about its history which is currently preserved at the University of Limerick as the Jim Kemmy archive.

You can watch a short video celebrating Jim Kemmy here