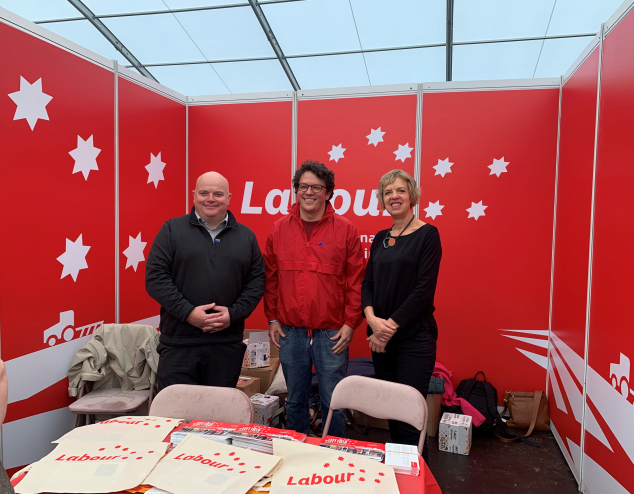 After an absence of several years, the Labour Party returned to National Ploughing Championship by taking a stand at the recent event in Ratheniska in County Laois.

Myself and Local Area Rep, Eoin Barry were delighted to welcome the Party Leader, Ivana Bacik T.D, down to Laois.  During a walkabout we engaged with many visitors, called into local businesses and chatted about farming and rural issues. The National Ploughing Championship is the biggest rural festival in Ireland attracting over 250,000 people over the three days.

There was a very good reaction to the Party Leader and the Party at the event, with many of those welcoming the fact that we were back.  It was great to see so many Party members stop by the stand for a chat and help Labour Party staff in dealing with the wide variety of questions that callers had.

Over the course of the event Deputy Alan Kelly and Cllrs Angela Feeney, Lettie McCarthy, Conor Sheehan also assisted staff at the stand and I would like to thank all those who helped over the three days.  Having a presence at the Ploughing Championships really showed the importance of the Labour Party attending such a large rural community event and participating in it.  I look forward to going back again next year!